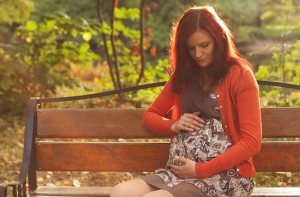 Are you facing an unplanned pregnancy? Have you thought about adoption but not sure what is fact or fiction? Let’s take a look together at some of the myths people believe and their actual realities.

Myth 1: The birth mother will regret the adoption decision the rest of her life and have emotional problems.

Myth 2: An adopted child suffers; is not well adjusted, feels rejected and has psychological problems.

Reality 2: Adopted children do just as well in life as any other child. A study of 700 teens that had been adopted as infants showed that they:

·         Received support from family and friends

·         Were involved in positive youth activities

Myth 3: Birth parents have no say in where their child is placed.

Reality 4: The child often grows up knowing they are loved by both adopted parents and birth parents. An adopted child is most likely to feel deep appreciation for the selfless act of his or her birth parents.

Myth 5: Birth mothers are uncaring and irresponsible. Some people feel that choosing adoption is the easy way out or it is irresponsible, or that the birth mother really doesn’t care about the child.

Reality 5: Birth parents choosing adoption are making a loving parenting decision. Adoption may allow them to fulfill their parenting responsibilities in a greater way. Adoption is about a child’s long term future. Birth parents are making a selfless act which shows maturity, responsibility, and difficult decision making. It is the most amazing gift you can offer a childless couple.

Myth 6: Adoptive parents are unfit to be parents and are not capable of loving a child as much as a birth parent.

Reality 6: Adoptive parents are as fit and capable as biological parents. Adoptive parents undergo screening by the adoption agency before they can even be considered. Quality of health care, home environment, and general health of the child have been found to be the same if not better for adopted children according to a government study.

Myth 7: When a women chooses adoption for her child; the child will be put in foster care first.

Reality 7: Most often the child will go home with the adoptive parents right from the hospital. The child would only be placed in foster care if the birth mother is unsure about her decision, complications in the legal process, or legal release procedures are not completed.

Myth 8: Adoption is an unacceptable solution to an unplanned pregnancy.

Reality 8: Often birth mothers rule out adoption under obligation to parent. The truth is just because you are pregnant now does not mean you are ready to become a parent. Even if you feel incapable to be a parent now does not make you are a bad person. Somewhere down the road when you are older and in a different situation you may become an excellent parent.

This is a tough decision you are making and perhaps one of the most challenging you will ever face. Talk to trusted people. Find out the facts about all your options. Don’t make a quick or hurried decision. This is one you will live with and deal with the rest of your life. If you would like to talk to us at Options for Women, we are here and we care about you. Don’t face this unplanned pregnancy alone.