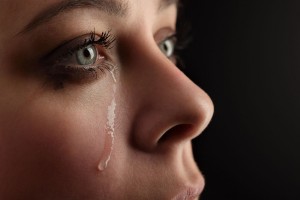 Name 3 women you know. Think about them for a moment…According to National statistics there is a good chance that one of them has or will experience physical violence from their intimate partner in their lifetime. That’s right, your friend, sister, boss, and maybe even yourself may see the darkness of abuse. What does this mean for us?

Awareness is a start…
Domestic violence has come to the front of media story after story in recent weeks due to a case involving an NFL player and his wife. This incident has brought to light the pain and heart ache of many women, men, and children. Domestic violence knows no boundaries when it comes to gender, race, age, and economic status. All can become victims in this crime. Domestic violence covers a wide range of acts including physical assault, sexual assault, emotional abuse and intimidation. Any abusive behavior that is used to show power or control over another is domestic violence. Within the category of domestic violence there are varying degrees and frequencies.
Statistics from the National Coalition Against Domestic Violence are terrifying. Twenty people per minute are victims of physical violence by an intimate partner. On a typical day, there are more than 20,000 phone calls placed nationwide to domestic abuse hotlines. These just scratch the surface of what is happening in our world.

#WhyIStayed: the rising twitter phrase
Seems such a simple question for a profound and intricate problem. Let’s pull apart the reasons that plague those victims of domestic violence. Embedded in the reasons there are heavy, deep seeded thoughts, feelings, and lifestyles. No quick answer exists for the question “Why do you stay?” In a recent testimony from a national talk show host, she talked of her experience from the abuse she suffered years ago by a boyfriend. Fear was the greatest chain for her. She was scared of him, and what would happen when she tried to leave. He had threatened her on many occasions. She also felt guilt because he continued to apologize, and was sweet to her when he wasn’t abusing her. Fear and guilt are heavy chains to break. Many victims feel these same emotions.

Besides fear and guilt there are many other reasons why a women may stay in an abusive relationship. The effects of the abuse can cause women to have low self-value, an inability to make decisions, and a sense of comfort found in the known. Victims are often brainwashed by their abusers as they control and manipulate them. Women can also be concerned for their children. A mother wants what is best for her child. Many times a woman may not want her child(ren) to be raised in a divorced home, or she fears harm may come to the children. Victims of domestic violence are often isolated. In this isolation there is no one to reach out to for help. Deep attachments and bonds are made between intimate partners, so just leaving someone you love isn’t easy. There are years, history, and memories together. It is common for people to have high hopes for the ones they love. Just as in a relationship with a rebellious child or sick friend we want to see them better, changed. Women may also stay in abusive relationships due to financial reasons. Economic dependency could keep a person in an unhealthy relationship.

#WhyIstayed…the reasons go on and on and in each one there is a weaving of feelings and emotions. To confidently proclaim to another: Leave! It’s just not that simple. For the final break from an abuse to occur the victim often travels through a process involving weighty stages.

Stage 1 Abuse
In this stage abuse is happening, but the individual may not recognize it. Changes are taking place within the abused person. Personality and the view of self changes within, and on the outside changes such as edginess and jumpiness may be observed.

Stage 2 Loss of Self/Denial
Victims in this stage may have feelings and thoughts such as loss of control, lack of self-identity, apologetic, and scared. Along with these, victims may also express symptoms of depression and/or anxiety. At this stage abuse is recognized by the victim, but often not spoken.

Stage 3 Validation and Acknowledgment of Being Abused
At this stage in the process an outside person (family, friend, co-worker) points out the abuse. The victim acknowledges it, and then is validated through an episode of abuse. The individual now may see herself as abused.

Stage 4 Emotional Response
The acknowledgement and confrontation of abuse may cause an emotional struggle in the victim. This response often looks and feels like grief; like grieving the loss of a loved one. The length of this stage varies greatly from person to person, but it is here that one can often gain motivation to leave the abusive relationship. The victim may make several more attempts at saving the relationship.

Stage 5 Motivation
An individual reaches the place of readiness. Ready to move on and regain control of her life. Motivations may include fear of dying if she stays or help is available.

Stage 6 Triggering Event
After the victim discovers motivation to leave, there is often times an event that takes place to trigger the action. The event is usually a physical one. “He really hurt me! No more excuses!”

Stage 7 Escape
An individual physically and mentally removes themselves from the identity of the abusive relationship. Safety becomes more important than staying. Sadly, many women never leave. Others die at the hands of their abuser.

After the escape stage, an individual has made the final break. The journey isn’t over, but the choice is made. Healing and change can occur in the victim. There is hope after abuse. The choice isn’t easy or simple. The decision doesn’t happen overnight. But control can be regained; a new identity built. If you or someone you know is suffering from abuse speak up, speak out…you are not alone. And remember this, “You are not responsible for another’s decision to be abusive. You cannot make someone hurt you – they choose to. Everyone makes their own decisions and they are responsible for those decisions. The only person you have responsibility for is you.” –from crisisconnection.org

Or call us at Options for Women. We want to help.