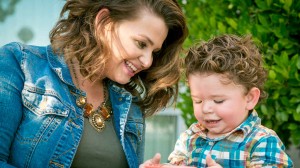 “I Knew I Made a Mistake”

Have you taken the abortion pill RU486 and changed your mind? It may not be too late!  Twenty year old Rebekah Buell found out she was pregnant. Feeling ashamed, alone, and afraid of losing all she had worked for, she went to an abortion clinic and took the first part of the RU486 abortion pill.  Buell explains, “I instantly knew this was a mistake.  I found Culture of Life Family Services and called the hotline. A nurse named Debbie calmed my fears and literally saved my baby’s life by finding me the wonderful doctor that reversed the abortion pill. I truly believe God knew I was going to take that pill so he set many barriers that allowed my baby to reach 8 weeks so he could survive the pill. When I told Planned Parenthood I was not returning for them to check to make sure the fetus was ‘removed’ and explained what I planned to do, they told me it was dangerous and would result in my baby being born deformed, but I didn’t listen.”

The abortion pill, also known as Mifepristone, is used to terminate a pregnancy between 4 and 9 weeks. A physician gives the first dose as either a pill or injection. The second dose is a pill that is administered by the woman herself at home 36 to 72 hours after her clinic visit. The first dose counteracts the hormones in the body that are helping the pregnancy to grow, while the second dose causes the uterus to contract and empty out its contents.

Some women feel regret immediately after taking the abortion pill. Often these women are coerced into taking the pill by a boyfriend, family member, or other life hardships. Sometimes these women feel it is the best thing for them, even if they feel scared or a part of them wishes they could keep the baby.

Perhaps you are in this situation. You felt pressured to take the pill because your boyfriend didn’t want to help parent right now or said he would leave you if you had the baby. Maybe your parents said they would no longer support you if you continued with the pregnancy. The pressure has piled on, and despite your feelings that raising a baby could actually be possible, something that you actually want to do, you schedule yourself an appointment at a local clinic to receive the abortion pill.

But after leaving the clinic, you immediately feel scared, confused, and wish you hadn’t gone through with it. What do you do? Is it too late? Can you stop the procedure and reverse it?

If you have decided you do not want to go through with the abortion, but already took the first pill, it may not be too late. Don’t take the second pill you’ve been sent home with, as that completes the procedure. Instead, call one of the team members at Culture of Life Family Services. They have information about resources in our communities, and you can call them at (877) 558-0333 24/7 hotline. Otherwise, please visit www.abortionpillreversal.com. This website provides valuable information and another hotline you can call to talk to a nurse about your situation.

If it has been less than 24 hours since your procedure at the clinic, you have the greatest chance of saving the pregnancy. However, the abortion pill reversal has been successful on patients who started it as late as 72 hours after their first dose.