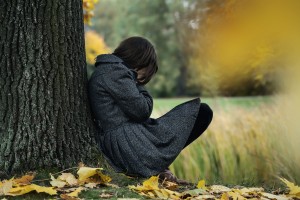 Does this sound familiar? Jennifer became pregnant at the age of fifteen. It was her second date with a man who was a few years older. Even though he frightened her, she thought it was a normal sexual experience. She was wrong. It was date rape.

Jennifer confided in a friend that she was pregnant. Her friend told several other people at school. Her mother found out but she never told Jennifer’s father. Her mother said it was for Jennifer’s own safety and the father of the baby. Jennifer had no choice but to abort. The physician and her mother made the decision to refer her to a clinic. She protested but signed the consent form anyway. Afterward, she felt empty. Her mother brought her flowers that day, and they never spoke of it again.

Jennifer is now happily married with several children she adores. Her husband does not know of her abortion. She believes he will not love her less, but she can’t bring herself to tell him. She often wonders how life could have turned Jennifer’s is pained that she didn’t know what date rape was so long ago and she believes she was not the only person abused by that man. This event changed her forever.

Jennifer has spent her entire adult life working with children, trying to make good with the world. She has a successful career in early childhood teaching. However, she still worries that someday her secret will be revealed and that all of her hard work will become trivial because of the secret from her past.

Mostly, life is good but she still feels guilt and shame; not only about her own naivety, but that she ended a life. You would never know this about her.  She keeps her feelings hidden. She pushes on through life….but the pain endures.

The number of women every year who have an abortion because of incest or rape: 14,000.

The risks of having an abortion may include: emotional complications, eating disorders, relationship problems, guilt, depression, flashbacks of abortion, suicidal thoughts, sexual dysfunction, and/or alcohol and drug abuse.

If you have had an abortion and experience any of these symptoms, please call us. We are here to help.