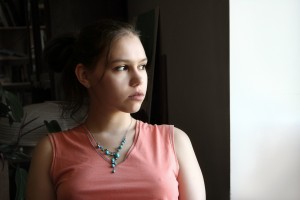 Mean girls. You’ve seen them. You know them. Have you ever thought, ever wondered, why are mean girls mean?

One mom described this to her daughter: Some girls are mean because they don’t feel good about themselves and hurting another makes them feel stronger and powerful. Also, some girls have mean parents and so that is how they know to behave.

These are good insights. Mean girls don’t necessarily want to be mean.

All girls have basic needs. Researchers call it the ABCs and ME. A for Acceptance, B for a sense of Belonging, C for Control, and ME for a Meaningful Existence. When these needs are not being met a girl may do mean things to get them met. Doesn’t seem like the best idea, but when it is working for her, she will continue out of need.

Nonetheless, no matter the reason for the bullying it is not acceptable. No person should ever feel threatened or invaluable due to the actions for another. There are some helpful tips in dealing with the things mean girls may say or do.

1. Even if you feel intimidated on the inside do your best to show confidence on the outside. Stand up straight up and maintain eye contact. This will send the signal that you are not to be used as a doormat. Mean girls tend to go after the ones they view as weaker, but leave the confident girls alone.
2. Whenever possible be in a group. A mean girl typically will not target a group but will focus on one.
3. Be nice. Compliment the mean girl in class or during the after school activity. It may surprise her, and keep her from picking on you again.
4. Reactions are fuel to the mean girl. Ignoring her can be helpful. If she can’t get the reaction she desires she may move on quickly. Ignoring bullying is not a long term solution, though.
5. Confront her. Talk to her calmly and ask her pointed questions such as: “Did I do something to make you mad?” Use “I” statements as opposed to “you” statements. A mean girl can deny anything you say about her but she will have a difficult time denying your feelings.
6. When the bullying is ongoing making you feel anxious, depressed, scared, threatened, etc. tell a trusted adult such as a parent or teacher.

The worst thing you can do in a bullying situation is ignore it long-term or try to seek revenge. Think before you act!

Keep yourself in check when dealing with the mean girls. Remember you are valuable and important. You are not the problem, and it is not your fault. One girl who was bullied throughout High School said, “I was basing my reality off of everybody else.” It wasn’t until a few years later that she realized she was beautiful. When she lived as she was and not what others said she was she had a new found confidence. She learned to respect herself. From her we can learn: Remember who you are not what another thinks you are!

How do you help a friend or classmate who is being bullied?
Most bystanders are afraid to speak up. That’s normal. You don’t have to put yourself at risk to do something about it. Be there for the girl being bullied. Talk to her at school. Call her. Talk to a parent or school faculty about the situation. Speaking up doesn’t mean you have to take the punches too.

How can a mom help her daughter?
Moms have a major role to play. A mother can help by being allies with other women. If a girl sees her mom putting down other women this is sending the wrong message. The messages given to a daughter could teach her how to be a mean girl herself. Mothers can help by validating their daughters. Not every girl is the captain of the cheerleading squad but that’s okay. She has other talents and potentials. Mean girls often carry low self-esteem and a negative competition with other girls. A girl who feels good about herself usually will not take the time to put another down. She is comfortable with who she is in the world around her.

So whether you are the mean girl, the victim, the friend or the mom, remember every girl deserves to feel loved, valuable, and a measure of self-respect. Be who you are not what someone says you are.