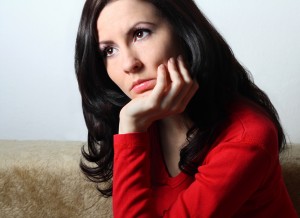 Did you know that many as 50% of all pregnancies end in miscarriage — most often before a woman misses a menstrual period or even knows she is pregnant? In fact, about 15% of recognized pregnancies will end in a miscarriage. A miscarriage, often called a spontaneous abortion, is any pregnancy that is not viable (the fetus cannot survive) or in which the fetus is born before the 20th week of pregnancy.

More than 80% of miscarriages occur within the first three months of pregnancy. Miscarriages are less likely to occur after 20 weeks gestation; these are termed late miscarriages.

What Causes Miscarriage?
The causes of miscarriage are not well understood. Most miscarriages that occur in the first trimester are caused by chromosomal abnormalities in the baby. Chromosomes are tiny structures inside the cells of the body which carry many genes. Genes determine all of a person’s physical attributes, such as sex, hair and eye color, and blood type. Most chromosomal problems occur by chance and are not related to the mother’s or father’s health.

Miscarriages are also caused by a variety of other factors, including:

How Is a Miscarriage Diagnosed and Treated?
Your health care provider may perform a pelvic exam and an ultrasound test to confirm a miscarriage. If the miscarriage is complete and the uterus is empty, then no further treatment is usually required. Occasionally, the uterus is not completely emptied, so a dilation and curettage (D&C) procedure is performed. During this procedure, the cervix is dilated and any remaining fetal or placental tissue is gently removed from the uterus.

Can I Get Pregnant Following a Miscarriage?
Yes. At least 85% of women who have miscarriages have subsequent normal pregnancies and births. Having a miscarriage does not necessarily mean you have a fertility problem. On the other hand, about 1%-2% of women may have repeated miscarriages (three or more). Some researchers believe this is related to an autoimmune response. If you have any questions, be sure to contact your healthcare provider.

What if I have mixed emotions following a miscarriage?
It is normal to have mixed feelings after a miscarriage. Regardless of whether the pregnancy was planned, you may experience grief and joy simultaneously. Don’t hesitate to speak with your provider.